Greetings! Welcome to Hokori! ("Pride"), the TFL-approved fanlisting dedicated to the famous Japanese actor Toshiro Mifune (三船敏郎), best known for his works in Akira Kurosawa's films, such as Rashomon (1950), Seven Samurai (1954) and Yojimbo (1961).

If you're a fan of this charismatic person and the amazingly talented actor, please, join us! If you want to update your fanlisting information, please use update form instead.

Toshiro Mifune was born in China in a Japanese family. His father owned a photo studio. Toshiro grew up in Dalian, a Chinese city, where his family moved in 1925. At first Mifune worked in his father's studio, then joined Japanese army and moved to Japan. In 1946 Mifune was demobilized and came to Tokyo. He joined Toho company as an operator's assistant. 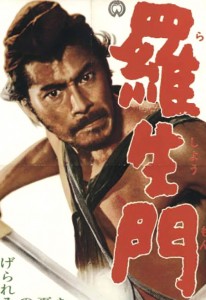 In 1947 Mifune debuted as an actor in Shin Baka Jidai ("Time for the new fools") directed by Senkichi Taniguchi. During the filming of Taniguchi's next film Ginrei no hate (1947) Toshiro Mifune met Akira Kurosawa. He got a leading role in 1948 Kurosawa's film Drunken Angel. Since then their long-term cooperation began. International fame came to of them after Rashomon (1950), where Mifune played a role of robber Tajoumaru. The last joint work of Kurosawa and Mifune was the drama Red Beard (1965).

Accroding to toshiromifune.org, Kurosawa later wrote of Mifune in his autobiography:

"Mifune had a kind of talent I had never encountered before in the Japanese film world. It was, above all, the speed with which he expressed himself that was astounding. The ordinary Japanese actor might need ten feet of film to get across an impression; Mifune needed only three."

The gallery of screencaps: here.

Know nothing about fanlistings? A fanlisting is simply an online list of fans of a subject, such as a TV show, actor, or musician, that is created by an individual and open for fans from around the world to join. There are no costs, and the only requirements to join a fanlisting are your name and country.

To link back to a fanlisting you've joined, you can use small images called fanlisting "codes", or buttons. Like pins and badges that you would wear on your clothes, codes/buttons are a way to show your love or support for something or that you are a member of a certain group, in this case, the fanlisting. They are placed on your own personal website and are linked back to the fanlisting so that other people may see the code and know that you are a fan.

If you'd like to know more, please visit thefanlistings.org.

The fanlisting exists for nonprofit entertainment purposes only. Everything belongs to its respective owners, no copyright infringement intended. Hokori! is a part of sleety.org and TFL, layout version 2.0. Graphics were done by me (deerstop) with Adobe Photoshop CS5 and coding with Notepad2. Fonts used: VAG Rounded, Yu Gothic Light, Vectora LH 45 Light. Fight Spam!